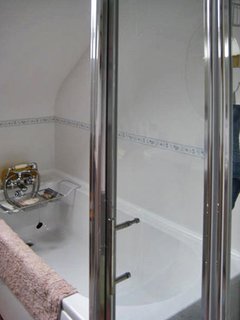 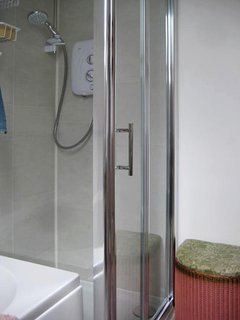 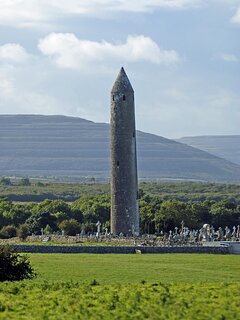 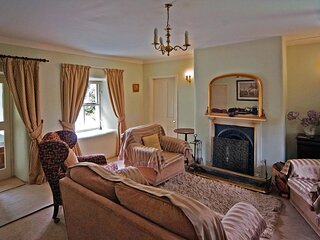 Firstly, I should point out that the client stayed at the Poets’ House for 9 days before deciding to move on, and I would not have thought that a family would stay so long in a place that was so dreadful!

The comment about being musty is disputed by myself and my caretaker, Ann, who takes tremendous care of the house, and the night storage heaters are left on year round in order to ensure that there is never a hint of dampness as it is an old stone cottage. Naturally, unlike Dubai, we do not have Air Conditioning.

The garden is exactly as in the picture. The fence referred to has been there since I moved into the house, as has the gravelled area immediately in front of the house. The grass may have been a little longer in the paddock, but it was a very wet summer and very little chance to cut the grass. I do not boast a lawn, just grounds of almost an acre.

T.V. Reception. Had I been told about this, I could have had it repaired within 2 hours, as indeed I did when I eventually received the client’s complaint after he had left. It was in fact a simple fault in the aerial cable, which was repaired in a few minutes, restoring all channels. With regard to mobile telephone reception, it is common knowledge that reception in parts of rural Ireland is, at best, unreliable and often non existent. Nothing to do with the close proximity of trees to the house. Thick stone walls also affect telephone reception.

On checking the Washing Machine I discovered that it was set on ‘Rinse Hold’, a feature on modern machines, and on cancelling this function I ran the machine on three different programmes and found it to be working perfectly. A quick look at the Instruction Book which lives beside the machine could have solved this for the client.

No, I do not have a shower, but I do have a full size bath with a shower tap to facilitate hair washing, and there is no need to crouch under the sloping roof as from a third of the way along the bath’s length there is from 6 ft. to at least 8 ft. headroom, as can be seen from the photo. An immersion heater provides as much hot water as necessary for numerous baths.

As for the kitchen, it is small, as can be seen from the photo, but all the equipment is, if not brand new, purchased very recently. All Saucepans stainless steel, except for three different size non stick frying pans, which are replaced every Spring before bookings commence. A new food processor, and separate electric blender, plus electric hand whisk and stick blender, microwave oven, Toaster and electric kettle all included in the equipment. I am a cook and any equipment needed for producing a four course dinner for eight people is there!

My furniture, with the exception of the beds and three piece suite is all antique, and much admired by other guests. The interior of the wardrobe in the main bedroom is hung with chintz, as was customary, and is a much praised piece of furniture.