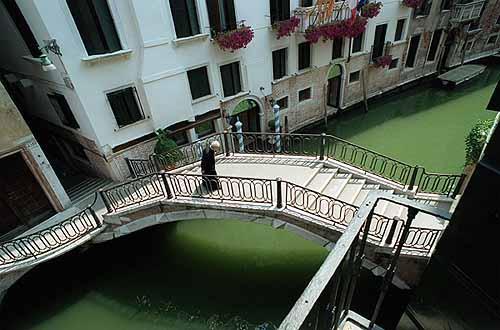 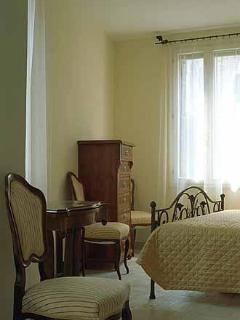 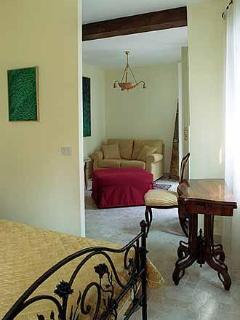 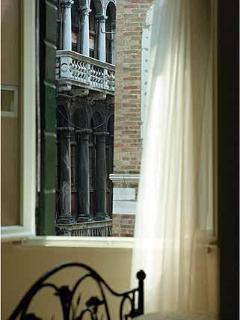 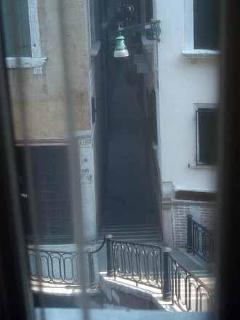 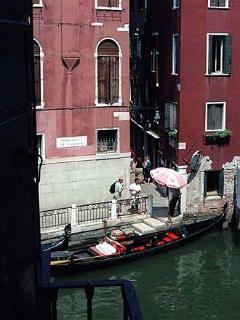 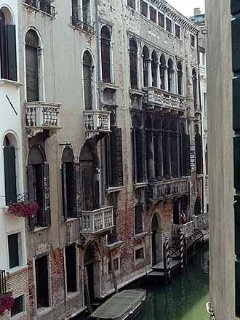 Afficher la traduction automatique
Date du séjour : juin 2017
Recommanderiez-vous cet hôtel à un ami ?    No.
Cet avis vous a-t-il été utile ? Oui
Cet avis est l'opinion subjective d'un membre de Tripadvisor et non de TripAdvisor LLC.
Envoyé initialement en anglais sur www.tripadvisor.com. Voir l'original
The complete jerk in question, that's nobody else than me, so please exercise caution when reading the following response:
1. In 17 years of renting this apartment out, David has been the first person ever to define La Rosa di Venezia as a studio. About 1,300 guests (and 37 reviewers on this site) before him didn't view it the way he did. That doesn't of course mean he's wrong; perhaps those 1,300 guests and 37 reviewers were complete jerks just like myself.
2. On the canal below our apartment, by night, a total ban on boat traffic is in vigour (and really observed). The "noise" comes from the occasional seagull.
3. As far as air condition, for those not yet familiar with the apartment, it's important to know that you can't get a permission for individual air condition for single apartments in Venice; only central air condition for an entire building (to be set in function, at the start of the season, by the building administrator and a specialized company charged by him) will be permitted. That said, I'm quoting from my email to David, which earned me his flattering qualification:
"Of course there is air condition, and of course it’s perfectly working; but it goes without saying that it’s only operating within the limits of the applicable laws. Italy has been championing the fight against man-made climate change for a very long time, earlier than most other countries. A very important part of this commitment is the heavy restriction on heating and air condition (both of them egregious climate change triggers). Air condition is basically illegal in Italy, with clearly defined exceptions for specific institutions (notably hospitals), and for the hottest summer months. The precise timeframe (i.e. the few weeks of the year when air condition is admissible) differs per region, since climate differs within Italy. In the region of Veneto, air condition is only permitted from June 6th to September 3rd of each year; this is independent from actual weather conditions. If it’s unusually hot outside that timeframe, the City of Venice could, in theory, grant exceptions (in other words, allow to switch on air condition earlier or switch it off later, which latter would be even more interesting, since September can be pretty hot in Venice, far hotter than May or early June) – but in reality, the City never ever does, so the restriction to those (scarcely) three months from June 6th to September 3rd stands irrevocably. You were in Venice from (dates hidden for privacy reasons), so there was no way you could have air condition – neither at La Rosa di Venezia nor at any other place anywhere in town, or anywhere else in the region of Veneto. Shorty after your departure, the necessary checks on our air condition system have been performed, and since June 6th, it’s working, perfectly in tune with the law (Decree of the President of the Republic no. 412/1993, which means that it has been in vigour since 1993). By the way, fines for unlawful use of air condition go up to 3,000 Euros, so Italy really means it!
And that’s not all: the Italian law also defines how strong air condition can be. It must not bring down room temperature to less than 26 degrees Celsius, although fines are suspended down to 24 degrees, so in fact, most air conditioning systems are set up to cool down to 24 degrees – which is still pretty warm, though, and still makes opening the windows far preferable by night. The nights that you were in Venice, temperature went down to 20, 19 and 21 degrees, respectively, so even with air condition, you’d still have opened the windows.
Cette réponse est l'opinion subjective du représentant de la direction et non de TripAdvisor LLC
Signaler un problème Merci. Votre aide est très appréciée.